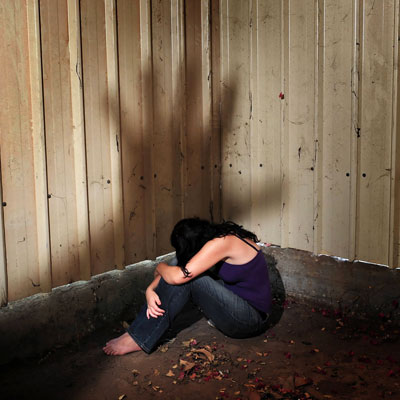 Trauma is the term generally given when someone experiences or witnesses a highly stressful, emotionally overwhelming event, whereas abuse is the cruel or violent mistreatment of one or more persons by another. Both trauma and abuse can lead to Post Traumatic Stress Disorder (PTSD), a diagnosis often given to someone who has suffered a trauma and has developed specific symptoms in response to it. Some of the more common reactions found with PTSD include anxiety, depression, nightmares, poor concentration, problems sleeping, and interpersonal difficulties. Post Traumatic Stress Disorder is quite common. In fact, approximately 4% of men and 10% of women in the U.S. will suffer from PTSD in their lifetime. The reactions to trauma or abuse and the manner in which they are treated is a subjective matter and must be approached on a case by case basis.

Understandably, many people who’ve lived through trauma and/or abuse are anxious about being emotionally ‘triggered’ or even retraumatized during the course of therapy. 360 Therapists can help to overcome these fears and the effects of PTSD with compassionate, supportive individual counseling. Clients are allowed, and in fact, encouraged to work at their own pace, with the constant knowledge that they are in control of their own therapy. Our clinicians are skilled in techniques that have been proven effective in treating PTSD,such as exposure and response prevention (ERP) and Eye Movement Desensitization and Reprocessing (EMDR). ERP is a long-established approach wherein the client agrees to re-live a traumatic situation or revisit a location with the intent of experiencing and then reducing anxiety caused by the initial trauma. For example, a retail store employee held at gunpoint in a backroom would, with the therapist’s guidance, return to the room, only briefly at first, but then for increasingly longer amounts of time in order to reduce anxiety. EMDR is an evidence-based technique that utilizes either light sensors, audio tones, or a pulsating hand-held device with the client as they recall the traumatic experience in the therapist’s office. EMDR enables the individual to gain an emotionally healthy perspective on the traumatic experiences endured, whether it was a fairly recent occurrence or an event that took place in the formative stages of childhood. For expert help with trauma or abuse, contact 360 Therapy.